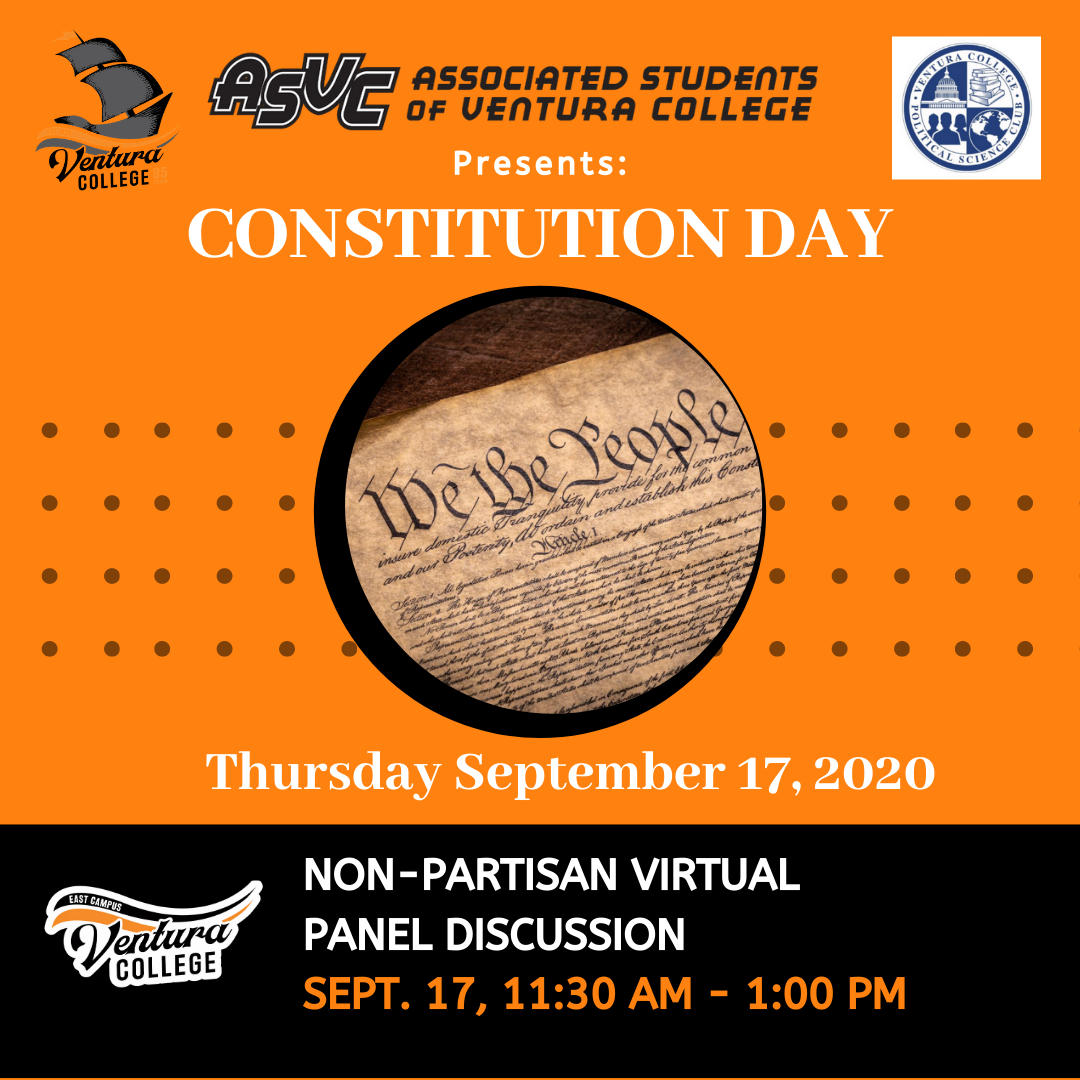 Join us and our guest speakers of local community leaders to have an informative, interactive, and nonpartisan Panel Discussion focusing the conversation around the Constitution, voter registration, the importance of voting and the impact of the 2020 Census to our community and families.

For more information regarding the VC Constitution Day Panel Discussion please reach out to Libby Fatta, at lfatta@vcccd.edu.

Constitution Day commemorates the formation and signing of the U.S. Constitution by thirty-nine brave men on September 17, 1787, recognizing all who, are born in the U.S. or by naturalization, have become citizens.