Enhancing the mission of Ventura College, the Evelyn and Howard Boroughs Library supports student learning and success through our collections, programs, and services.

In 1992, several interested staff got together to start planning for a new library. This group, under the leadership of Diane Moore and Larry Manson, consisted of Sandy Hajas, Trica Blaine, Diana Salberg, Ellie Austin, Rose Marie Castro, David Breslin and Octavio Sifuentes. After more meetings than any sane person could ever weather, the Library had turned into an immense Learning Resource Center. The chances of ever securing 25 million dollars from the state to construct this building were poor, but the group was determined. In 1998 the funding was allotted and construction began in 2002. The building was opened in January 2005. In November 2005, the Library was dedicated the Evelyn and Howard Boroughs Library. 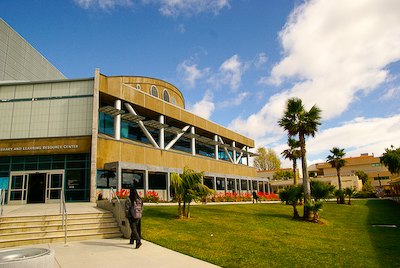