This Spring, Ventura College Theatre Arts Department offered an exciting and varied slate of  theatrical offerings. Our Spring 2021 Staged Reading Series featured virtual performances of Jessica Dickey's THE AMISH PROJECT (March 12 & 13, with an encore on April 16), DEVIL BOYS FROM BEYOND by Buddy Thomas, Kenneth Elliot, and Drew Fornarola (April 16 & 17), and a live-stream of Lauren Gunderson's ADA AND THE ENGINE (April 30 & May 1).

Plus, we gave a virtual premiere of SHEL-SHOCKED: An Evening of Plays by Shel Silverstein (April 9 & 10). Our final production (Coming Soon!) is EVERYMAN; a re-imagined and modernized tale of one of the fifteenth century’s greatest myths.

In a re-imagined and modernized tale of one of the fifteenth century’s greatest myths, Everyman encounters God's messenger, the infamous Death. In the moments leading to his demise, the mischievous messenger directs Everyman on a soul-searching journey to reexamine his choices and confront what he leaves behind. As he tries to outrun the inevitable, he must unearth at least one individual willing to speak on his behalf before God, who happens to moonlight as a janitor at his favorite haunt. Filled with comic undertones and fantastic characters representative of humanity’s most significant attributes, Everyman asks what is currently on so many minds as we make out way through a pandemic . . . Is it only in the face of death that we understand life?

ADA AND THE ENGINE 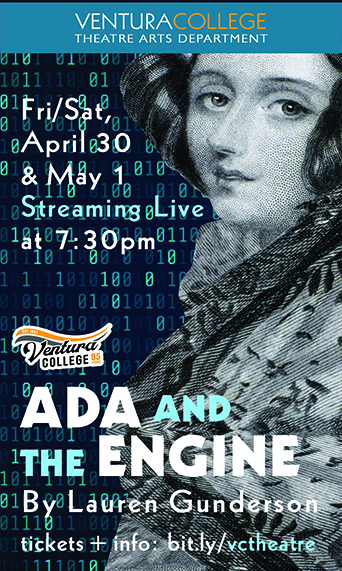 In this pre-tech historical romance signaling the computer age,  audiences will delight in the relationship between Ada Byron Lovelace, the daughter of the infamous and scandalous Lord Byron, and Charles Babbage, inventor of the first mechanical computer.   As the beginning of the British Industrial Revolution sparks,  Ada finds unlimited possibilities for her soul mate's creation the "analytic engines" and envisions a world she may not live to celebrate . . . one where art and information coincide.

DEVIL BOYS FROM BEYOND 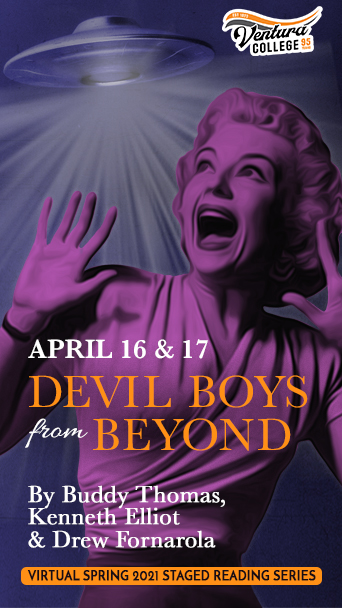 A hilarious, “high gay camp” comedy filled with southern-fried laughs, DEVIL BOYS FROM BEYOND pays tribute to the low-grade sci-fi films and satires the rampant homophobia and sexual repression of American society in the 50’s.  Fast-talking New York reporter Mattie Van Buren is hell-bent on solving the mystery of UFO sightings in small-town Lizard Lick, Florida. Rumors fly about the old, fat, and ugly men of the town being replaced by smoking hot hunks and how the elderly women have all become pregnant. Alien dreamboats from outer space run amuck as our star reporter tries to crack the case before Red-baiting columnist Lucinda Marsh attempts to scoop the story (and Mattie’s ex-husband) out from under her very eyes.

This production contains strong language, mild violence, and mature themes.  It is not appropriate for children under the age of 13.

Devil Boys from Beyond is presented by arrangement with Concord Theatricals on behalf of Samuel French, Inc. www.concordtheatricals.com

An Evening of Plays by Shel Silverstein
Friday/Saturday, April 9 & 10 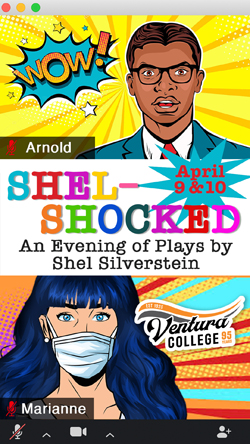 SHEL-SHOCKED is an evening of plays by Shel Silverstein, best known for The Giving Tree and Where the Sidewalk Ends. Directed, acted and designed by VC Theatre Arts students, these vignette’s display the farcical, and at times, the absurd side of the human condition while keeping the wit and charm we recognize from our favorite children’s literary author. Exposing a new truth, twist, or turn, each scene leaves the audience sitting “shel-shocked”, realizing our silly similarities as we struggle with society’s standards for everyday life. 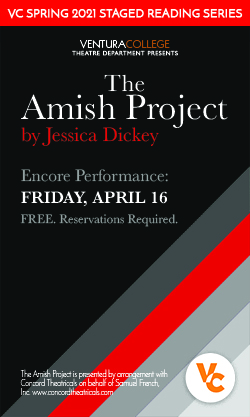 This powerful and poetic work recounts the 2006 shooting at the West Nickel Mines schoolhouse in the Old Order Amish community of rural Pennsylvania. Conjuring a variety of fictitious characters based off the victims and citizens in the town, The Amish Project explores how the tragedy tore apart a community filled with prejudice and misunderstanding.  Though the compassionate and humbling reactions of an often misunderstood and ostracized religion,  the members of the township forge a path to forgiveness and acceptance in the devastation left behind.

This production contains some strong language, the use of gun sound effects, and descriptions of violence.

The Amish Project is presented by arrangement with Concord Theatricals on behalf of Samuel French, Inc. www.concordtheatricals.com