The Academy concluded on July 23 & 24 with the Henry Schwab Violin & Viola Competition. It was a weekend filled with thrilling performances by our orchestra and soloists! We thank our esteemed judges, Martin Chalifour and Andrew McIntosh, and we are honored to announce the winners:

Skyler Lee (17) is an 11th grade student at Newbury Park High School. He was introduced to music through Conejo Valley Unified School District’s elementary strings program. He is a student of Sam Fischer at the Colburn School.  Skyler is concertmaster of The Conejo Valley Youth Orchestra and a member of California Young Artists Symphony. He served as a co-concert- master at California All State Junior High Orchestra. Skyler won 1st place Conejo Valley branch MTAC VOCE violin competition from 2017-2019 and 3rd place ENKOR International Music competition in 2020.  He was selected as a Channel Islands Chamber Orchestra Young Artist (2020), and he won 2nd prize at the 11th annual Henry Schwab Competition (2021). In 2022, Skyler had a solo performance with Thousand Oaks Philharmonic in Opus 58 concert, and he was chosen to perform as a rising star of Ventura Music Festival.

Zephan Bornfreund, a senior at San Marcos High School, has been playing violin for twelve years, four of those years with Santa Barbara Youth Symphony.  Zephan is currently studying violin with Mrs. Joyce Osborn at Woodland Hills. In 2020, Zephan had the honor of winning the SBYS Concerto Competition.  Last summer, Zephan also competed in the 11th Annual Henry Schwab Violin & Viola Competition as a finalist.  During other summers, Zephan attended Indiana University's String Academy, Montecito International Music Festival, and the Merit Program at the Music  Academy of the West. In addition to music, Zephan participated in cross country and track teams throughout high school, and is an avid member of Riveria Robotics in Goleta. This fall, Zephan plans to study mechanical engineering and continue making music at the University of California, Berkeley. 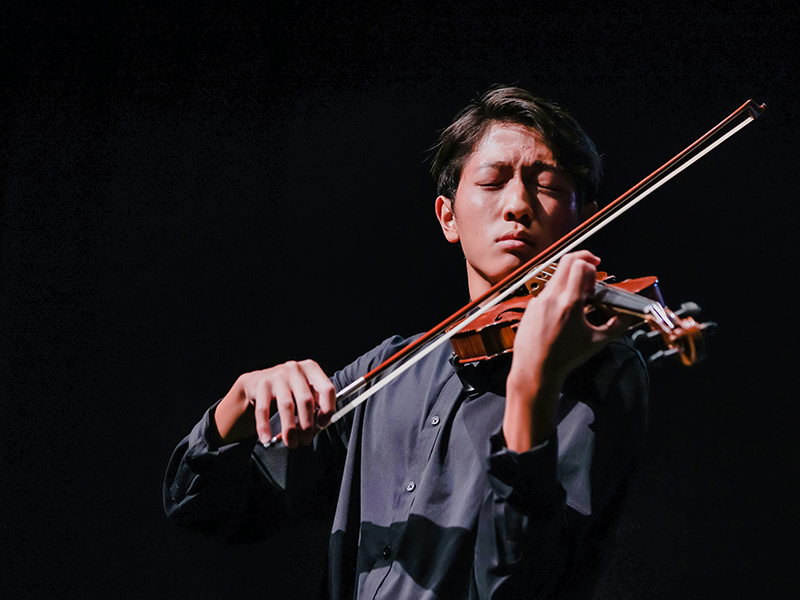 Bryan Huang, Westlake High School class of 2024, has studied the violin for nine years under the instruction of Mrs. Shuwei Liu. Bryan has participated in Conejo Valley Youth Orchestras since 2016, where he holds a principal violin position in the Youth Orchestra and Virtuosi Ensemble. He recently won a fellowship with the California Young Artists Symphony as a distinguished young musician in the local region. In July 2021, Bryan performed the Mendelssohn Violin Concerto at the 11th annual Henry Schwab Violin and Viola competition and won third prize. He has also won a gold medal at Conejo Valley branch MTAC VOCE violin competition 2019. Bryan participates in community performances with local festivals and church events. Aside from playing the violin, Bryan is an elite swimmer on Westlake High School's varsity team and on the championship team of Class Aquatics swim club. 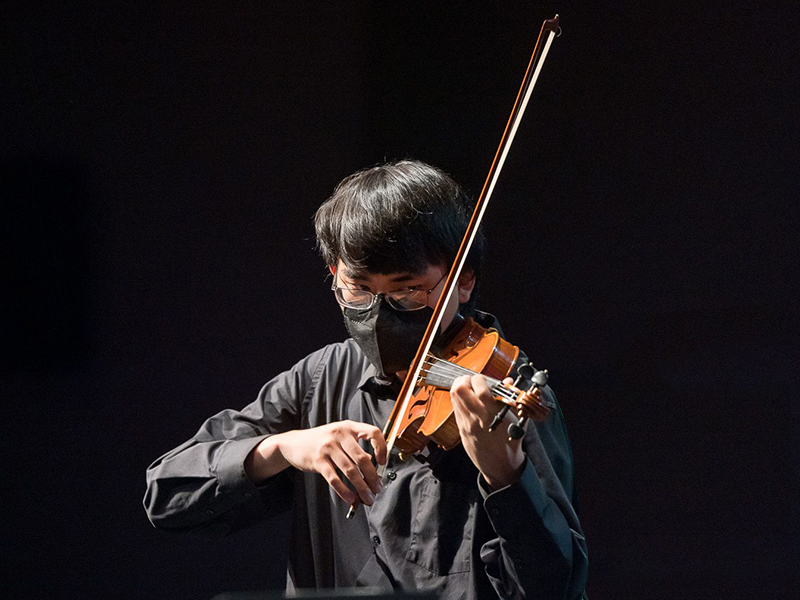 William Chen attends Westlake High School. He is 17 years old currently and began studying violin at age 10 with Shuwei Liu. In addition to this, William began studying piano at age 6, and currently studies at the Colburn School. He has received awards in numerous events, including MTAC events, regional festivals, SYMF, among other competitions. William also plays in Westlake High School’s Chamber Orchestra, and participates in various music-related volunteer activities outside of school. 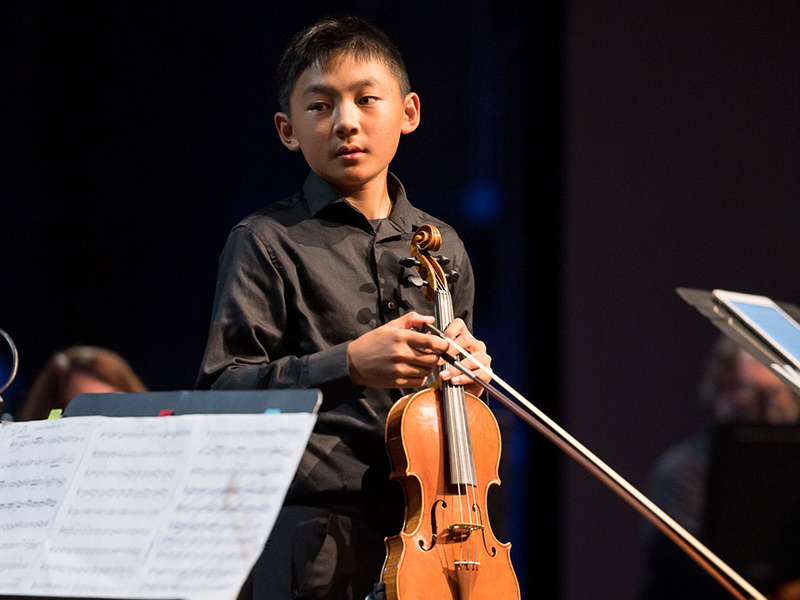 Kyler Chu is a 5th grade homeschooler from Camarillo, who has been playing the violin since the age of 4. He is a member of the Los Angeles Youth Orchestra which will be performing in Carnegie Hall this summer, and previously played with the Conejo Valley Youth Orchestra. Kyler is an avid tennis player, and he has been competing in the USTA and VCJTA tournaments. He enjoys science and robotics, and recently completed a week-long intensive robotics camp where he built and programmed a self-driving robot. He also enjoys exploring the abundance of available outdoor hiking and bike trails in the Conejo Valley. He is a student of Shuwei Liu.

Karl Baumgartner, age 15, is a 5th generation Ventura County native and a 9th grade honor student at West Ranch High School. He began playing violin at five years old and currently studies violin with Alexander Treger. In addition, he studies piano with Maria Shcherbakova. He is a member of the West Ranch High School Orchestra and has participated in the Ventura College Orchestra. Karl is a prize winner in local and regional violin competitions. He is a first-degree black belt in Taekwondo and Hapkido, and trains in Krav Maga and Jiu Jitsu. Karl enjoys riding horses, swimming, skiing and, of course, playing computer games. 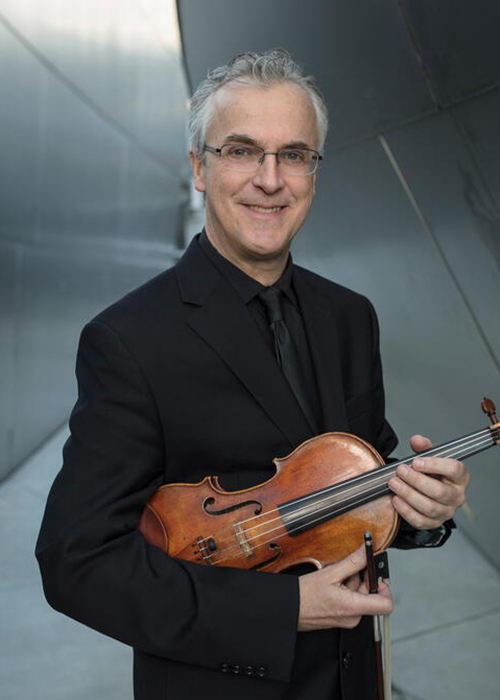 Martin Chalifour will begin his 25th season as Principal Concertmaster of the Los Angeles Philharmonic this fall. He graduated with honors from the Montreal Conservatory at the age of 18 and then moved to the United States to continue studies at the famed Curtis Institute of Music.

Chalifour received a Certificate of Honor at the Tchaikovsky Competition in Moscow and is also a laureate of the prestigious Montreal International Competition. Apart from his LA Phil duties, he maintains an active solo career, playing a diverse repertoire of more than 60 concertos. Chalifour has appeared as soloist with conductors Pierre Boulez, Gustavo Dudamel, Charles Dutoit, Christoph Eschenbach, Sir Neville Marriner, and Esa-Pekka Salonen. Outside the U.S., he has played solos with the Auckland Philharmonia, the Montreal Symphony, the Hong Kong Philharmonic, the National Orchestra of Taiwan, and the Malaysian Philharmonic, among others.

Chalifour is a frequent guest at several summer music festivals, including the Sarasota Festival, the Mainly Mozart Festival, and the Reno Chamber Music Festival, where he served as Music Director last year. Maintaining close ties with his native country, he has returned there often to teach and perform as soloist with various Canadian orchestras, most recently in Vancouver with Bramwell Tovey and in Hamilton with Gemma New. Martin Chalifour has recorded solo and chamber music for the Telarc, Northstar, and Yarlung labels. He teaches at Caltech and at the USC Thornton School of Music. 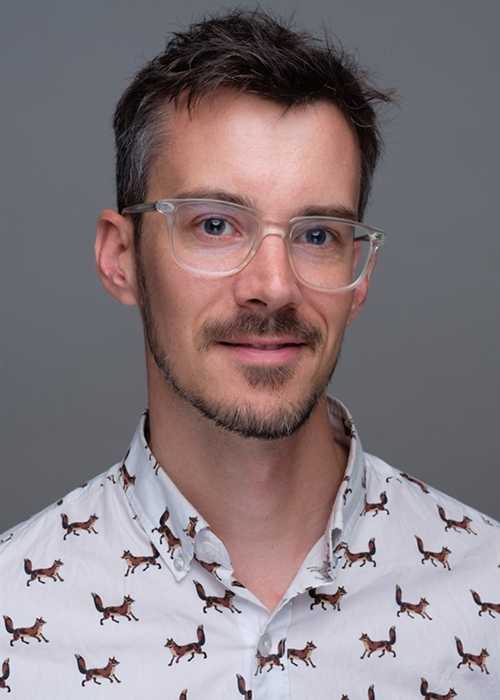 LA-based composer/violinist/violist/baroque violinist Andrew McIntosh has a unique and multifaceted career spanning solo, chamber, and early music engagements across the US and in Europe. His compositions have been described as “a shining example of the extraordinary music that the youngest generation of American experimentalists has to offer"(TEMPO), and have been featured at major venues in The Netherlands, Germany, Austria, Switzerland, England, Los Angeles, and New York, including several recent performances at the Los Angeles Philharmonic's Green Umbrella series in Walt Disney Concert Hall and at Monday Evening Concerts in Zipper Hall (Los Angeles).

As a chamber musician he is known primarily for his work with the Formalist Quartet, currently in its 10th season, and for being a member of the new music ensemble wild Up. He has also performed with artists such as Wadada Leo Smith, Quatuor Bozzini, Wet Ink Ensemble, Rohan de Saram, Marc Sabat, Jürg Frey, and Dante Boon. He has recorded on several dozen albums including releases on New World Records, Innova, Mode Records, Populist Records, Wandelweiser Editions, hat[now] ART, Darla Records, and Care/Of Editions, and has worked personally with a wide range of composers including Christian Wolff, Sofia Gubaidulina, Sir Peter Maxwell Davies, Helmut Lachenmann, Tom Johnson, and Jürg Frey.

The 2022 Competition Entrance deadline has been reached, and the Application Form is now closed.

There will be two categories of competition (please specify your category upon entry form submission).

(B) Competition participants will perform a movement of their choosing from the 17th or 18th century repertoire at the final competition, sheet music may be used.

Two Judges selected from the Schwab Academy will view auditions

All students audition with their own accompanist - one movement and a Bach partita (sheet Music may be used).

Category (A) – student will perform one movement from their chosen multi-movement concerto that they will perform at the final if chosen to move on to the finals.

Audition for category A

Audition for category B

To audition, students must fill out and submit the competition application form by the deadline. Contestants will be notified of their audition time and date after sending in application form.

CATEGORY (A) Three finalists selected from the preliminary competition by the panel of judges will advance.

CATEGORY (B) Five finalists selected from the preliminary competition by the panel of judges will advance.

All participants will receive a certificate of achievement

Judging Criteria: - Finalists will be chosen based on their stage presences, accuracy, articulation, intonation, and overall musicianship skills. Judges will consider the difficulty of the repertoire as well as accurate interpretation of style.

Financial awards and certificates will be given to each finalist.

Ventura College Music Department is recognized as a leader in music education and has a comprehensive course schedule throughout the year, providing professional instruction and leadership to students. Register for courses including: Theory, History and Literature, Vocal, Instrumental, Jazz, Technology, and ensembles, including Opera, Choir, Orchestra, Chamber & Jazz, designed to educate your knowledge of music.

Have a Question about Our Annual Competition?