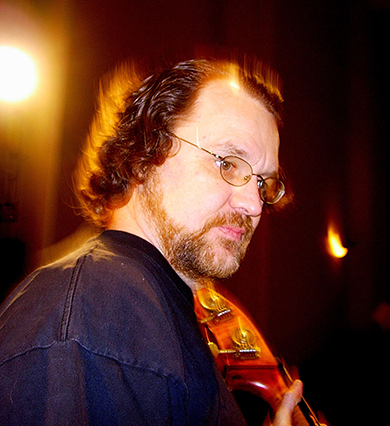 Barry Newton, a Los Angeles native, studied at the University of Portland and received his B.F.A./ M.F.A. from the California Institute of the Arts. He has studied extensively with notable bassists including Tommy Thompson, Fred Tinsley, and Peter Rofe. His orchestral credits include Hollywood Bowl Orchestra, New West Symphony, and the New York Philharmonic. Barry has worked  with such eminent conductors as Leonard Bernstein, John Mauceri, John Williams, and Boris Brott. He has accompanied Yes, Chicago, Moody Blues, The Scorpions, Elton John, Brian Wilson, The Three Tenors and Andrea Bocelli, among others. Barry’s dedication to contemporary performance practice has included regular premieres of new works in the Southern California area. His jazz experiences have lead him to performances with Peter Erskine, Anthony Braxton, Buddy Childers and the Dave Pell Octet. As a practicing composer and improvisor, Barry often works with various Rock/Pop projects on the west coast. His current group ‘Kiss the Frog’ is an assortment of pop, electronica, and experimental improvisation. Dedicated to music education, he currently serves as an adjunct professor at Pepperdine University and Ventura College. Barry has been the recipient of scholarship awards by the Ahmanson Foundation, the Surdna Foundation, and the Doris Duke Charitable Trust Foundation. He currently lives with his daughter Hannah in Topanga, California.