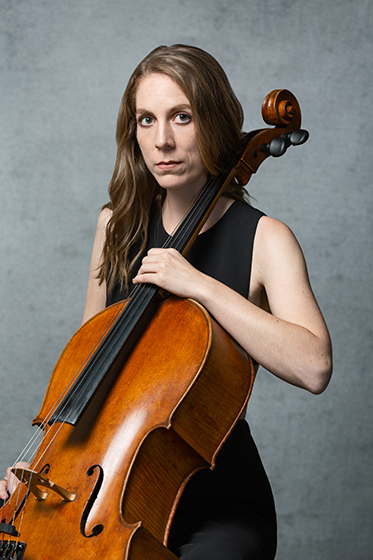 Cellist Ashley Walters has been described as performing "with the kind of brilliance that beckons a major new performer on the new music scene" (Mark Swed, L.A. Times). She has been praised for her "imposing talents" (Sequenza 21) and "impressive" (Pitchfork) and "beautiful playing" (All About Jazz). Walters maintains a uniquely diverse career, performing music that blurs the boundaries between classical, avant-garde, and jazz, breaking new ground in repertoire with microtonality, extended techniques, alternative tunings, and improvisation.

Walters' debut solo album, Sweet Anxiety, was released on October 20th, 2017 on populist records and has received rave reviews. David Olds of theWholeNote says about the album, "Walters is simply brilliant throughout the disc, and the short printed examples of the scores (other than the Berio) give some idea of the challenges she faced." Brandon Rolle of New Classic LA remarks, "Walters breathes life into each work with her astounding virtuosity." Sweet Anxiety features works by Berio, Nicholas Deyoe, Andrew McIntosh, Wolfgang von Schweinitz, and Wadada Leo Smith.

A frequent collaborator with legendary trumpeter, improviser, and composer Wadada Leo Smith, Walters joined his Golden Quintet in 2016, recording America's National Parks the same year. The album was named Jazz Album of the Year in DownBeat Magazine’s 65th Annual Critics Poll and one of Nate Chinen’s Best Albums of 2016 in the New York Times. Dan McClenaghan of All About Jazz said about the album, “Ashley Walters' cello paints the rich, beautiful hues that subtly enhance the entire proceeding — the most auspicious addition to a jazz ensemble since Chico Hamilton brought the instrument into his chamber groups in the late 1950s.”

Walters is a founding member of the “superb” and “fabulous” (LA Times) Formalist Quartet, which has premiered a vast repertoire of works and is known for its audacious programming. The quartet was founded in 2006 and has played frequently across the United States in concert halls, festivals, art galleries, cafes, and homes throughout the United States and abroad.