Program Purpose:  The Philosophy program is designed to assure students can evaluate key philosophical issues, analyze fundamental concepts and ideas, and demonstrate an understanding of major figures and traditions meaningfully relevant to the human quest for greater knowledge of self, world, and living will.

Program Description:  Philosophy is the foundation of higher education since Plato's Academy, the first college in Western civilization. The goal of the philosophy program is to introduce students to a broad range of philosophical issues, topics, and traditions. The discipline also incorporates the study of the major world religions from both the West and the East. The methods of careful reasoning, philosophical analysis and constructive dialogue are applied to questions that concern all who seek to understand themselves, the reality of the world, the meaning and purpose of life and the way to make wise and moral choices. The subject is taught primarily as a contribution to students' overall liberal arts education. Students majoring in Philosophy generally transfer to four-year institutions to pursue a bachelor's degree and continue their education into Masters or Doctoral degrees. Graduates are prepared to enter further studies in various disciplines, including philosophy, business, law, journalism and religious studies. Graduates with a bachelor's degree in philosophy have employment opportunities in areas including administration and management, business, law, government, journalism, publishing and writing.

The Philosophy Department additionally provides an Introduction to Philosophy course which surveys most of the standard fields of philosophy —metaphysics, Epistemology and axiology (which includes ethics, aesthetics, and political philosophy). The other courses offered (Ethics, Logic, Survey of World Religions-East, Survey of World Religions-West, Introduction to Zen Buddhism, History of Western Philosophy I & II: Ancient-Medieval, Modern-Contemporary) are more specific and detailed accounts of these standard fields. These philosophy courses may be transferred to four-year institutions. (Check for specifics with your counselor)

Philosophy has been the foundation of higher education since Plato’s Academy (the first college in Western civilization). In this larger context, the purpose of “philosophy” is to teach the fundamental ideas and skills that have made the other disciplines possible. 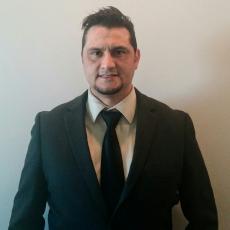