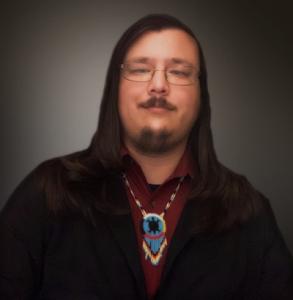 This alumni article was written by Lauren Rosenthal, a Moorpark College student and student worker with the Ventura County Community College District.

Alexander Rock Fredell’s love for the arts has long shined brightly. His aspirations were already well underway before he attended Ventura College (VC), but without VC he wouldn’t have realized the crucial communal influence of his work, he said.

“I learned many things at VC. However, if I had to name one that I felt was the most important, it would be that community builds relationships, and relationships create opportunities,” said Alexander Rock, who is the marketing, communications and web design coordinator at the District Office. (He joined the District Office this summer after five years working at Ventura College.)

“Until I attended Ventura College, I never thought that I could leave such a positive impact from the work that I was doing. VC showed me that whatever it is that I work toward, I will be able to make a difference for the better.”

Alexander Rock’s experience at VC highlights the versatile and essential nature of our community college system. He was established in his career in freelance design and media when he decided to enroll at VC in 2014. He decided to go back to school because he felt that having a higher education would be of value, an attainable goal, and help him in his path of working in the arts.

At the college, he quickly learned not just to fit in, but to use the wide range of resources offered to expand his academic experience. Alexander Rock became involved in the Ventura College History Association and was president of the group in 2016.

He will graduate May 2021 and is committed to continuing his education to obtain a master’s degree.

“No matter the challenges, I truly believe that through higher education, you can do anything, change the world and make things happen!”