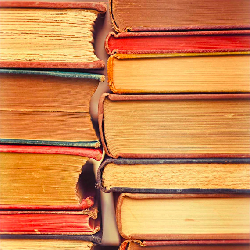 And if you like film — well, that’s actually a branch of literary studies. Many English professors already incorporate films into our lit-survey courses, including movies like Chinatown and The Color Purple, and screen adaptations of Shakespeare’s plays."

~Rob Jenkins, "The Forgotten Value of a Literature Course"

A study of creative nonfiction with an emphasis on critical reading, analysis, interpretation, and creative writing.

A study of poetry with emphasis on critical reading, analysis, and interpretation. The student will learn the different forms and elements of poetry. The students will write papers critically analyzing poetry.

A survey of British literature in its cultural framework from the Celtic epic tradition to the late 18th century, covering the Heroic Age, the Middle Ages, the Renaissance, and Neoclassicism.

This course surveys British literature from the late eighteenth century to contemporary British and post-colonial texts.

A survey of American literature, including its religious, social, political, and cultural contexts from the colonial period to the end of the Civil War. This course will cover Puritanism, Reason and Revolution, Transcendentalism, Romanticism, and Multiculturalism/Abolitionists/Native-American writers.

A survey of American literature from 1865 to the present, including poetry, fiction and drama. Emphasis will be on the political, social and cultural influences on writers of the Realistic, Regional, Naturalistic, Modern, and Post-Modern movements with readings from both traditional and multicultural writers represented.

This course is a beginning study of dramatic theory. Plays from various time periods will be studied and analyzed as literary works in the historical context, traced through their production history, considered for their relevance and importance for today’s artists and audiences, and analyzed for their production possibilities. The course will emphasize critical reading, analysis, and interpretation.

In this course, students will draw connections between traditional and contemporary literary genres as they read William Shakespeare's plays and critically analyze film adaptations of these plays.

Introduction to the study of film, especially feature length commercial films. Emphasis is on creative and critical interpretation and evaluation of film techniques and effects.

Additional study of the film as a medium for dramatic presentation. Emphasis is on creative and critical interpretation of films. Films seen and evaluated in the introductory film course will be different from films presented in this course.

A survey of world literature and its cultural framework from ancient times to the Renaissance.

A survey of world literature and its cultural framework from the Renaissance to the present.

An analytical, in-depth study of the literature of the African American experience in the United States. A student receiving credit in ENGL V33 will not receive credit in ENGL V133.

This course is designed to introduce the literature of the Chicano. The novel, short story, essay, theatre, song, and poetry of the Chicano will be analyzed and interpreted in-depth.

This survey course focuses on the ethnic American experience in the United States, various literary genres, and the cultural, historical, and social frameworks of literary works.

This course is an examination of the images, roles, and identities of women in literature, focused on the contributions of women to a variety of literary genres..