History of the College 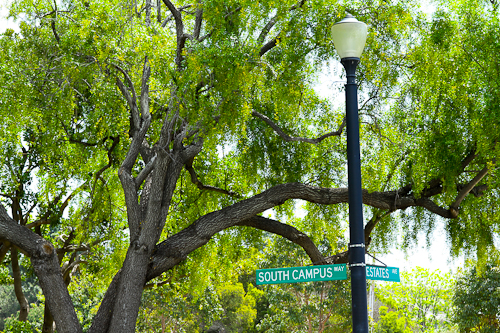 Ventura College was established as the first college in Ventura County in 1925, when a junior college department was added at Ventura Union High School. In 1929, the Ventura High School District adopted the four-four plan of secondary education, providing four years of junior high school (grades 7-10) and four years of high school/junior college (grades 11-14). The next year, Ventura Junior College, as the senior four-year school was then known, was moved to a new campus at Main and Catalina Streets in Ventura, the present location of Ventura High School.

In 1955, the college moved to its present 112 acre hillside campus at 4667 Telegraph Road in the eastern part of Ventura – so close to the ocean that there is a clear view of the Channel Islands from several spots on campus. In 1962, the voters of Ventura County authorized the formation of a community college district separate from any other public school entity.

In 1974, Ventura College began offering classes in Fillmore to serve the Santa Clara River Valley’s predominantly Hispanic population. In 1980, the East Campus (then known as the Santa Paula Vocational Center), opened on Dean Drive in Santa Paula.  In 2011, the satellite campus moved to its current location on Faulkner Road.  In addition to the East Campus, Ventura College schedules college classes at six local high schools, and occasionally uses facilities at other community locations.

Ventura County voters went to the polls in March 2002 and voted to authorize a $356 million general obligation bond to renovate and expand all three campuses and the district training facilities for police, fire, and sheriff’s officers. The first Ventura College building constructed using bond funds was the Library and Learning Resources Center, which opened in January 2005. The remodeled Student Services Center opened in April 2008, and the Sportsplex in 2009. The Advanced Technology Center, General Purposes Classroom Building and the Health Sciences Center buildings are currently under construction, as is the training facility for sheriff officers. The Performing Arts Complex and the buildings housing the college’s technical programs are also currently under renovation.

Ventura College serves a diverse student body through both credit and non-credit offerings. The college offers associate of arts or associate of science degrees in thirty-three majors. Students are also able to obtain an associate of arts degree in general studies, using one of three patterns to obtain the required units. In addition, the college offers certificates of achievement in thirty-five career and technical education fields, and proficiency awards in twenty-six fields. The college’s Community Education program offers hundreds of classes three times a year to those interested in learning about music, dance, writing, fitness, cooking, financial planning, languages and a myriad of other topics in a non-competitive, not-for-credit environment.