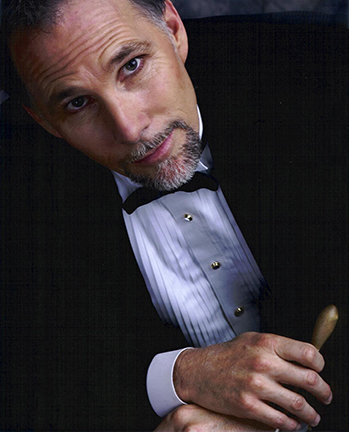 Robert E. Lawson, Music Director/Conductor of the Ventura College Symphony Orchestra has been involved in many areas of music.
As a composer, Mr. Lawson’s compositions have been performed throughout the United States. His Harp Sonata has received premieres at Florida State University, the XII Foro Internacional de Musica Nueva in Mexico City, and in Paris at the International Harp Festival. His String Trio was selected as one of the most innovating composition for the Ernest Bloch Music Festival.  He has composed and performed several symphonic works over his career. In May 2018 was a premier of a new work for orchestra Symphonic Elegies.

Mr. Lawson is currently Department Chair of Performing Arts at Ventura College where he continues to develop and expand the department’s current student population of over 1000 students and 26 faculty positions. This summer 2019 he will launch and serve as director of the Schwab Academy of Music, along with fourteen internationally known faculty members, in a three-week intensive program of chamber music and orchestral training, with performances every weekend.

Mr. Lawson received his advanced M.F.A. and B.F.A. Degrees from California Institute of the Arts. His principal teachers have been Pulitzer Price winner Mel Powell, Dean of Music at Yale University and the R.O Disney Chair at California Institute of the Arts, electronic music innovator Mort Subotnick, developer of Apples music software and the first composer to produce electronic music on long playing Albums, conductor/composer Stephen Mosko, director of the 21st century players, and Arnold Schoenberg institute director/professor Leonard Stein. While at Ventura College early in his musical education he studied with Dr. Burns Taft and Frank Salazar.